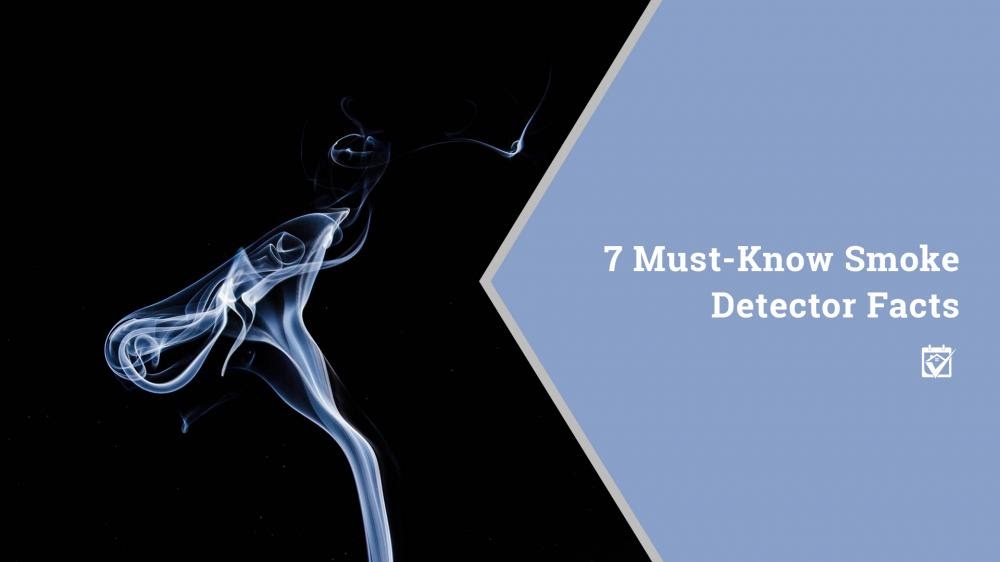 Every morning, it’s the same thing. You get out of bed, take a shower, burn the toast and then curse the smoke detector. Although its singing the song of its people can be incredibly loud and awful to hear, the truth is that smoke detectors save lives. So, while your smoke detector may sing way off tune, it’s trying very hard to protect you and your family from smoke- and fire-related hazards, like your morning toast.

It’s time to check your smoke detector batteries yet again — and to learn more about those white pucks that hang out on the ceiling.
Every single day, your smoke alarms hang around next to the ceiling, just waiting for something to go wrong. They don’t ask for much, which is why most people tend to forget they even exist. But the job they do is vital to the safety and security of not only you and your family, but the families that neighbor you.

You’ve heard it a hundred times: check your smoke detector batteries. Check those batteries! Hey, by the way, have you checked your smoke alarm batteries? But for most people, that’s as intimate as they ever get with these clever devices. Here are some things to know about smoke detectors:

1. Working smoke alarms give you additional escape time in the case of an actual fire.Thirty-eight percent of home fire deaths from 2009 to 2013 were do to a lack of functioning smoke alarms. In the homes that had smoke alarms that failed, 46 percent had missing or disconnected batteries.

2. Best places to install smoke alarms are in each bedroom, in halls outside of bedrooms and in every major living area. Why so many? Closed doors can slow the spread of smoke and living areas on upper or lower floors may have a significant blaze going before smoke is noticeable.

3. Interconnected smoke alarms are considered the safest option currently on the market. These alarms are connected to each other and often directly powered through your home’s electrical system, with a battery backup. When one detects smoke, they all go off. It can be annoying if you tend to burn the toast, but when it’s a real fire, all that noise will be a life saver.

4. Smoke detectors work in one of two different ways. One type, called an ionization detector because it uses electrically charged particles to detect smoke in the air, is faster to respond to flaming fires with small smoke particles. The other, known as a photoelectric detector, uses beams of light to check for smoke particles in the air. These are better for smouldering fires. Both will get the job done, though!

5. Most people don’t realize that smoke detectors need maintenance, too! You should check the battery monthly and use the bristle attachment on your vacuum to clean any debris off of your detector twice a year. You’ll also want to change the battery twice a year. Many people do this when they change their clocks for Daylight Savings Time.

6. Smart Smoke Detectors can save you money on insurance. It’s true! If your smoke detectors are connected via WiFi, they can call for help or send you a message about their status. Many insurance companies love these features, as they reduce the amount of damage insured homes suffer in case of a fire. Break out the cool new tech and reap the savings!

7. There are other, similar detectors on the market. While you’re shopping for smoke detectors, you may come across heat or carbon monoxide detectors. These units look very similar, but they function very differently. Heat detectors literally detect high heat, so aren’t very fast to respond in a residential setting. They’re best used in small, confined spaces.

Carbon monoxide detectors, however, are very suitable for home use. They measure the amount of carbon monoxide, a poisonous gas created by combustion, in the air. If dangerous amounts are detected, you’ll know and be able to make your home safe again. Most homes use these in conjunction with smoke detectors.