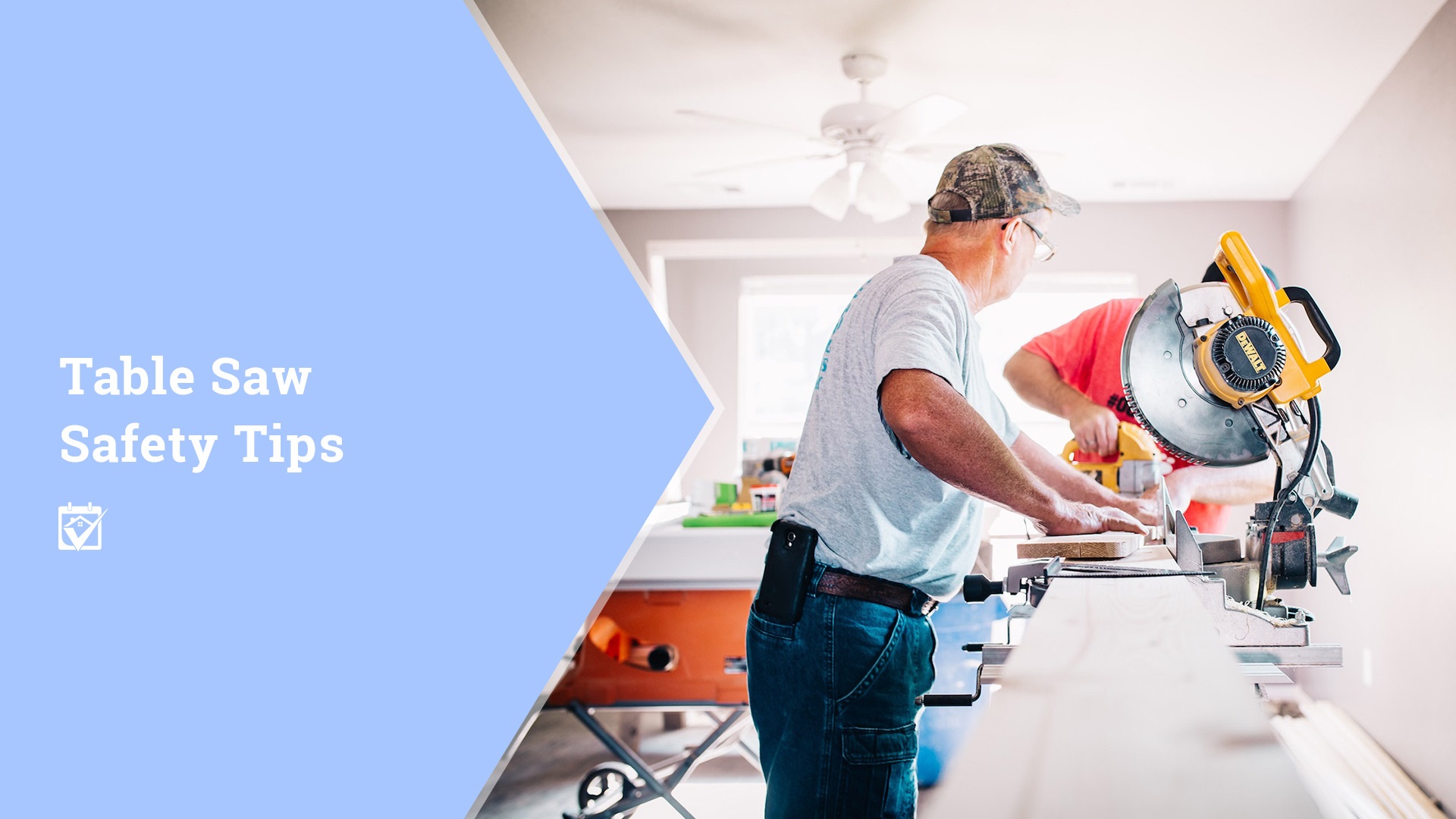 Interestingly enough, if you’re looking for images of table saws in any of the places where you get that sort of thing, you’ll see a lot of things that scream “hold my beer!” Although some are certainly stock photos being stock photos, there are people every day making the same kind of mistakes as the people in these stock photos. Here’s an example:

Almost certainly, plenty of corresponding people in real life have said one of these two things: “I’ve done it like this for the last 20 years and never had an issue.” or “OUCH! There went my finger.”

What is a Table Saw Made For?
Beginning DIYers often assume that a saw is a saw and a hammer is a hammer. The truth is a little less simple. Sure, you can cut anything you want with a table saw, but you may not like the results. Or, you may be ok with the results, but your methodology is going to earn you a nickname like “Stubs.” And, Stubs, that’s not a thing you want.

Table saws are at their best when they’re ripping or crosscutting.

Ripping is when you take a board and you feed it through the saw the long way, so that you get a board with a custom width. For example, you have a two-by-four and want it to be more of a one-and-a-half-by-four. You’d set the fence, set the blade height, turn on the saw and slowly and carefully feed the lumber through until you reached the end. (Please note, always feed material into a table saw using a push stick or other device that will keep your hands as far away from danger as possible)

Crosscutting means taking that same board, but cutting the length down (feed it in the short way). You’ll want to use a miter gauge for this move. In this situation, you’re removing two feet from an eight foot long stud, or what have you. It’s really tempting to push these through by hand, but don’t do it!! The aftermath could be pretty horrifying.

Additional tools can be added to a table saw to allow it to cut different kinds of joints and angles, like what you might need for crown molding, but there are also more specific and less dangerous tools that can do the same job. Bottom line? A table saw is not to be trusted, else it nips off your fingernails.

Safety First with Table Saws
The most common injuries caused by table saws, a whopping 85 percent, according to researchers supported by the National Institutes of Health, are to the fingers and thumbs. Most frequently, those are cuts, but 10 to 15 percent of the sampled population had digits amputated by their favorite tool. That blade rotates at around 4,000 RPM, it would go through a finger like a hot knife through butter.

1. The safety guard is there for your safety. It’s not a perfect solution and it won’t protect you if you feed your hand straight into the blade, but the safety guard is there to help minimize the danger to you from your table saw. Many, many, many homeowners take the blade guard off because it’s easy to get a lot of dust up inside of it, making it hard to see what’s going on at the blade level. Instead of taking it off and leaving it off, though, remove the blade guard and clean it when you’re done using the machine. If it’s plastic (which most are), just hose it out and leave it to dry for your next project.
2. Goggles can save your eyeballs. Although less common injuries than those to fingers, hands and arms, your table saw can hurt your eyes, too. Always wear goggles when using a table saw, even if it has a dust collector attached. You never know when wood will do something squirrely and end up being sort of flung into your eye. You’re closer to the blade than you think.
3. Always use push sticks and other material feeding tools. Collect up your push sticks and miter gauges now and know where they are at all times. Never ever feed material into the blade with your bare hands (or even gloved ones, really). This makes it far too easy for the blade to cut the board and the the operator, which would be you. This is why the photo at the top of this article is so incredibly dangerous. Stubs didn’t think it was a big deal, though. Not until after, anyway.

4. Watch for kickbacks. Material fed improperly into a table saw will kick like a mule. A great big angry one. If you’re standing directly behind the blade and the material when that happens, it’s not going to be a great day for you. Instead, stand just off to one side of the material and feed it into an already turning blade, advancing slowly. Cutting boards isn’t a race, except on reality TV.

Oh, and Don’t Forget…
Whether you need your table saw repaired or simply are seeking the help of an expert for a very special project, the pros you need are only a few clicks away in your HomeKeepr community. Open it up, check it out and find recommended pros in your area. They can help you buy the tools to build your dreams or just do the building part while you sit in a lawn chair, sipping iced tea. Recommendations are better than reviews. Find out why at HomeKeepr.